Appreciating the art of food

As a child, I was notoriously picky. My main sources of nutrition were bread, pasta, peanut butter, and duck. While everything else I ate in moderation, I could inhale duck. Duck confit, duck rillette, roasted duck, duck ragu, any kind of duck. Naturally, I am pleased to be in Beijing, where the Peking duck is plentiful.

My roommates and I had all planned to go to DaDong Roast Duck as one of our (and perhaps only) large, luxurious dining out experiences in Beijing. DaDong is known for their lean Peking duck and they have many branches in Beijing. We went to the brand new location next to the Workers’ Stadium. The duck was delicious, the décor extravagantly modern, the dining experience enjoyable, and the price surprisingly not that steep (PianYi!).

I should note, however, that I recently had Peking Duck at another less-established, more inexpensive restaurant in Beijing where I found the dishes to be slightly superior to DaDong’s. Stay posted. 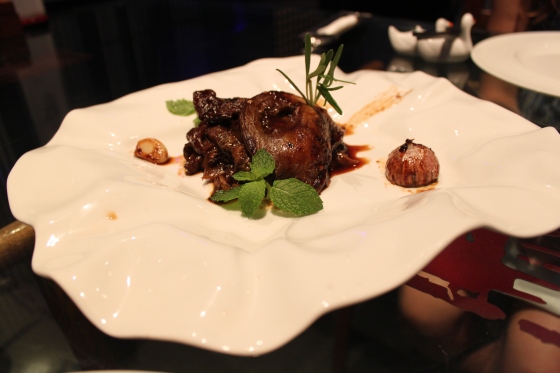 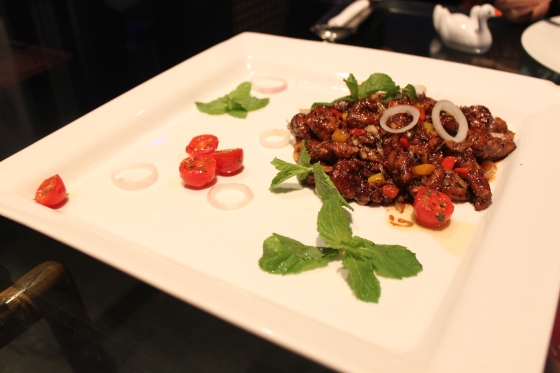 Sautéed Duck Liver. This was our attempt to be adventurous, exotic, and authentic. The duck liver was actually good. The musty flavor was at a minimum. My one complaint is that I am pretty sure that the eggplant and duck liver were cooked in the same sauce, which made this part of the meal less exciting and enjoyable. 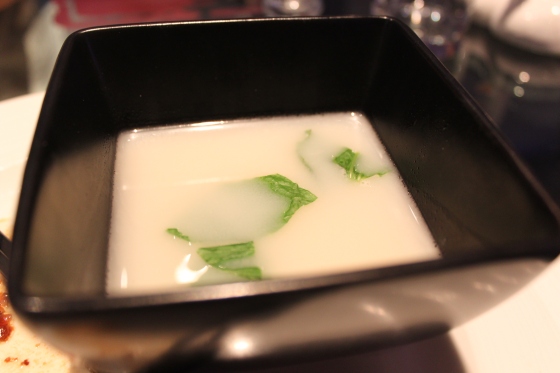 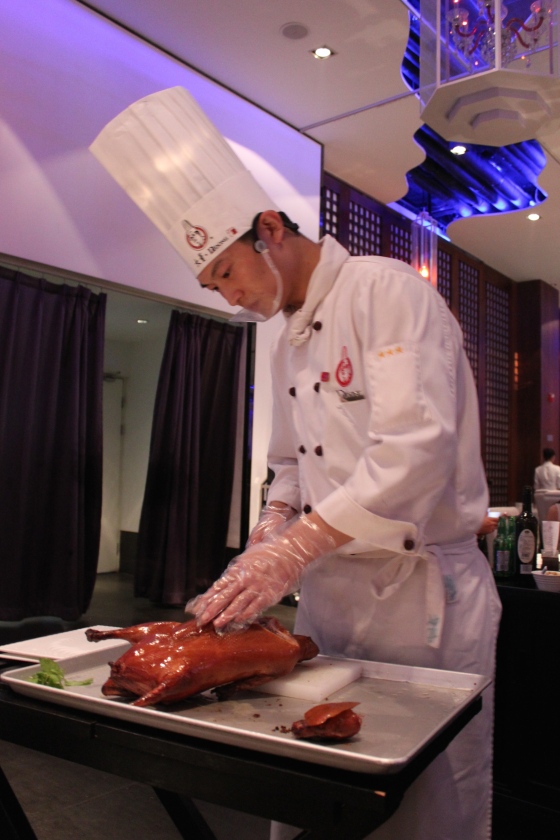 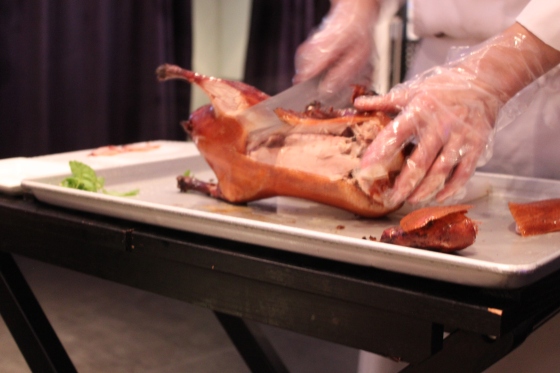 It is said that a DaDong Duck Carver can cut a single duck into 100 pieces. 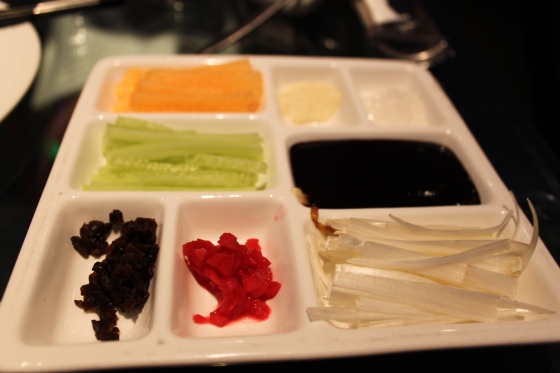 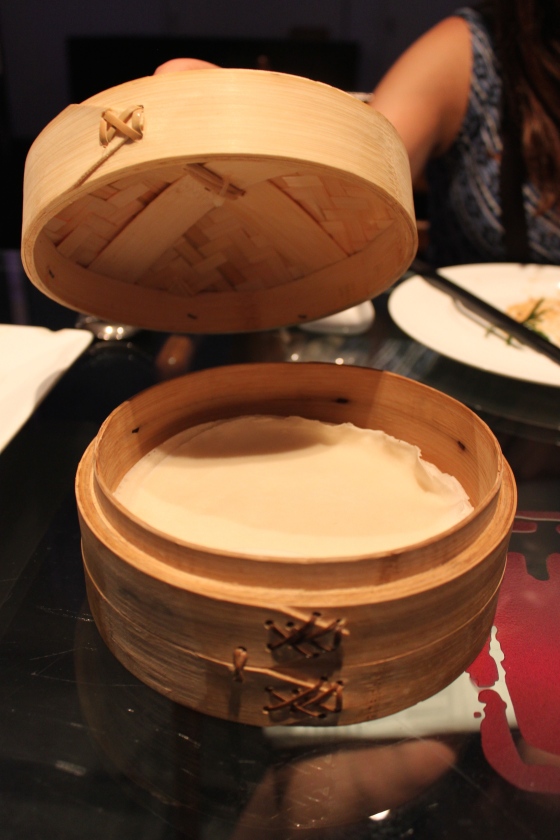 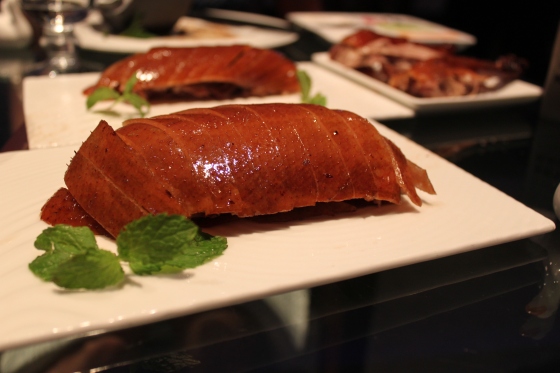 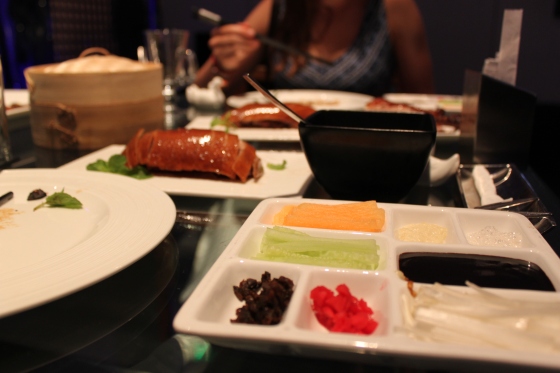 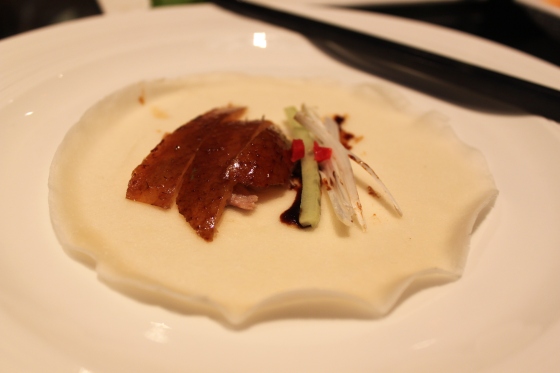 One of the many assembled pancakes I consumed. The potential combinations are plentiful. Some experimenting was necessary to find my favorite. 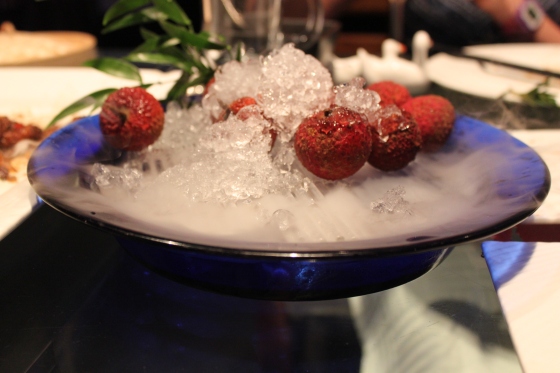 Complimentary lychees. They pour water into the dry ice below right before they serve it. I am still debating as to whether this has any real effect on the lychees or if it is just for show. 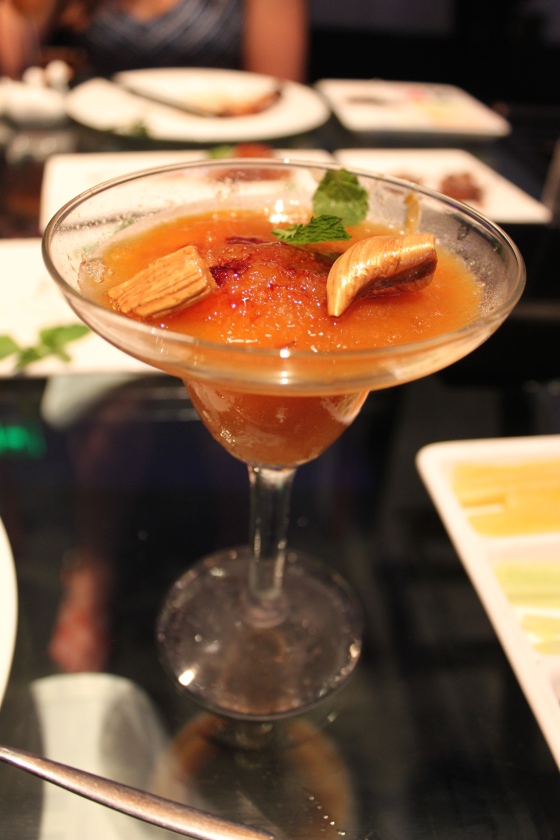 And a complimentary persimmon ice dessert. The wood-like candies on top were delicious ginger candies, and the dessert was topped with burnt sugar.

The check came out to be about $35 each for two people (and we ordered for three). I had expected to pay much more. We had a good amount of leftovers that they nicely wrapped up for us to take home. I left pleased.